Peter Prellwitz has been writing stories, plays and skits since the fifth grade. As a child and young adult, Peter saw limited publication of one play and two series of children’s puppet skits. Just enough to hook him for life.

Presently, Peter has ten novels published in trade paperback and ebook, now being reissued by Lofty Publishing. His novel Horizons was selected by Mike Resnick as Best Science Fiction and awarded the
2003 Draco Award. Four of his short stories appear in the anthology Twisted Tails, which won the 2006 Dream Realms. Five of his novels have also been finalists in the Epic Awards over the past few years. Six more short stories have appeared in the Defending the Future, the Bad-Ass Faeries, and the Twisted Tails anthologies. Peter also writes Martian Westerns under the name H.K. Devonshire, with two books available online and through Falstaff Books (and ENLA Publishing on Mars itself).

Together with more than two dozen short stories located on his site, Peter’s novels help weave a tapestry of mankind’s exploration and settling of the galaxy over the next two and half millennia in his ongoing SHARDS UNIVERSE.

A native Arizonan, Peter now lives in Pennsylvania with his wife, Bethlynne, and their two dachshunds, Max and Luna. Peter also enjoys history, diving, and languages. 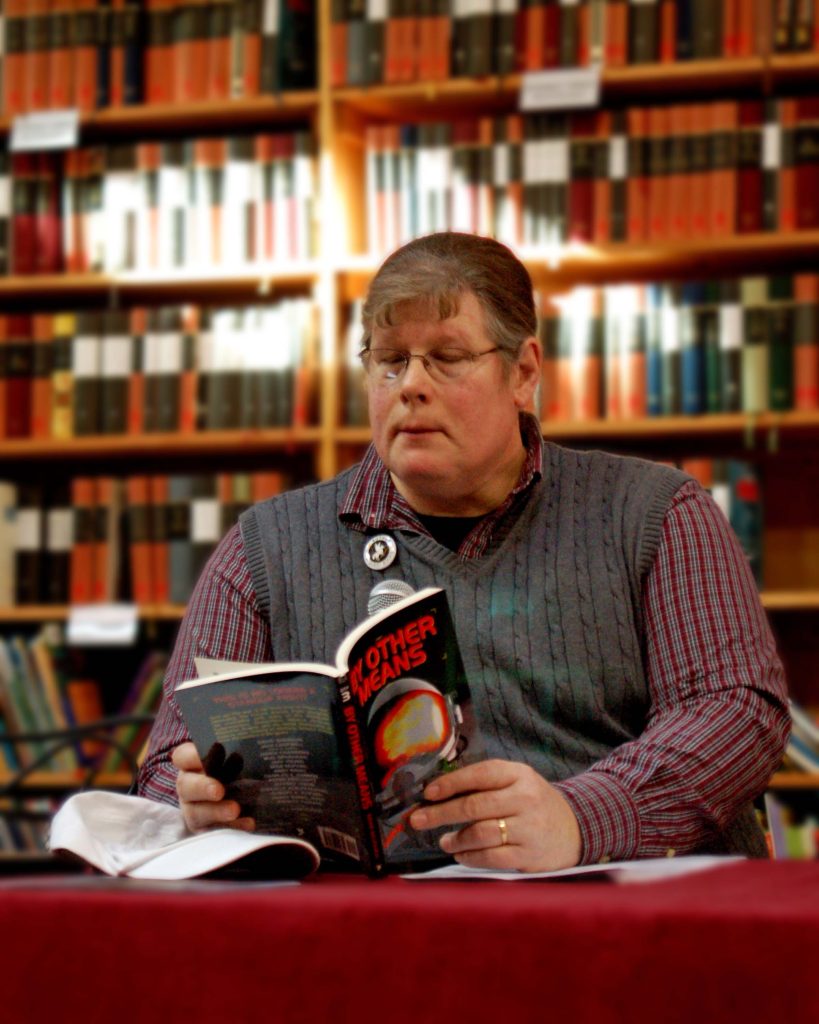